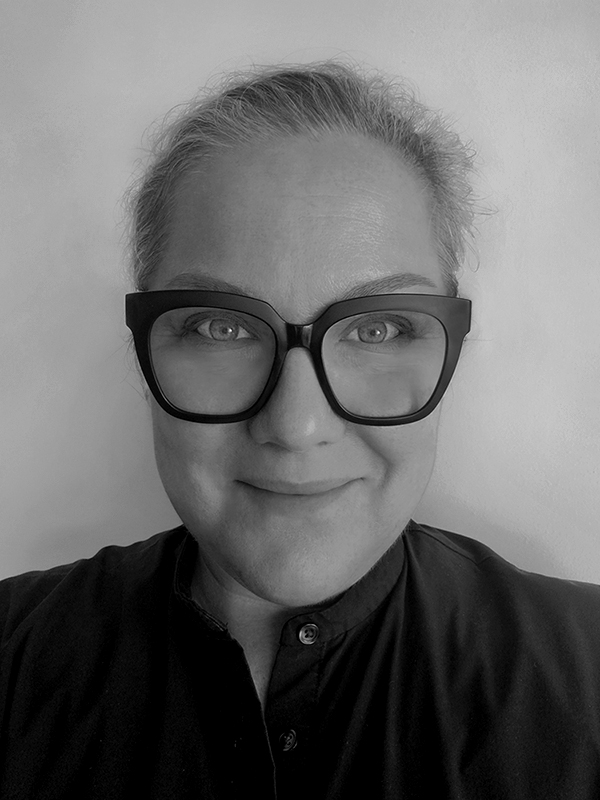 Makeup designer, head of department, and trainer with thirty (30) years of experience working with the biggest names in the entertainment industry (in Europe, Canada, and the United States), Julie Bégin brings a contemporary and refined touch to the productions to which she contributes.

Her broad spectrum of skills covers cinema, theatre, opera, contemporary circus, and dance as well as extensive fashion work. Her technical versatility and deep understanding of aesthetic currents set her apart and make her an unparalleled ally.

In addition, Julie Bégin demonstrates an ability to adapt to the environments with which she is called upon to collaborate as well as a keen attention to the vision and challenges of each project.

Whether it’s visuals for Madonna’s “MDNA” show, stop-motion makeup for Tiësto’s” Club Life” tour, the characters of John and Yoko for Cité Mémoire, or the contemporary and minimalist interpretation of the roles of the opera “The Cain Hypothesis”, this professional stands out for her imaginative methods and the techniques she borrows from the visual arts and new technologies.

In 2020, Julie made her television debut as Catherine Keener’s personal makeup artist during the filming of the horror series “Brand New Cherry flavor” (Netflix), for which she created the varied and extravagant looks for the extraordinary character of Boro.

In 2019, Julie signed the make-up design for “SOIFS Matériaux”, one of the most important theatrical creations staged in Quebec in recent years. This monumental four (4) hour-long production, adapted from the work of Marie-Claire Blais, included more than twenty-five (25) actors and musicians, some of whom played multiple roles, an additional challenge that Julie was able to meet during the creation of make-up.

In 2015, during the opening ceremony of the Pan American Games in Toronto – performed by Cirque du Soleil – Julie trained and led the team of seventy (70) make-up artists who ensured the preparation of the six hundred (600) performing artists in record time. During her first collaboration with Cirque du Soleil (in 2008), she was able to deploy her imagination in the creation of the fifty (50) characters inspired by insects composing the show “OVO” which marked the 25th anniversary of Cirque du Soleil.

A great team player, Julie likes to evolve within a challenging, fast-paced environment while pushing the exploration of new mediums and new techniques. Determined to pursue her creative adventure, she wishes to collaborate with creators who dare, like her, to take calculated risks in order to innovate. She particularly likes to challenge the various dogmas related to the shape of things or to beauty.

With a valid passport in her pocket, Julie Bégin is ready to work, wherever the wind can deploy her.